The isthmus is the main organizing center for the tectum and the cerebellum. The tectum is the dorsal part of the metencephalon. The tectum includes the superior and inferior colliculli, which play a part in visual and audio processing. Two of the major genes that affect the metencephalon are Fgf8 and Wnt1, which are both expressed around the isthmus. Fgf8 is also known as Fibroblast Growth Factor 8. It is a protein that is widely thought to be the most important organizing signal. Its main function is to set up and maintain the barrier between the midbrain and hindbrain, specifically between the mesencephalon and metencephalon. It also plays a large role in deciding the structure of the mid- and hindbrain. Wnt1 is a proto-oncogene protein (Wingless-type MMTV integration site family, member 1). This gene was originally thought to play a role in the development of the midbrain and hindbrain, but studies have shown that this may not be the case. Wnt1 is thought to be behind the genetic disorder called Joubert Syndrome, a disorder that affects the cerebellum. 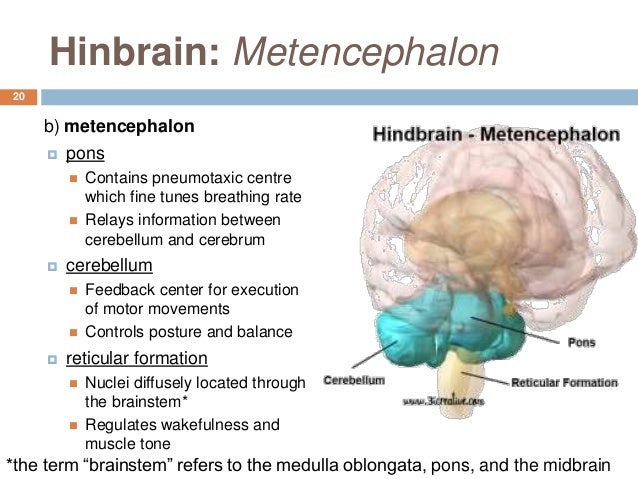 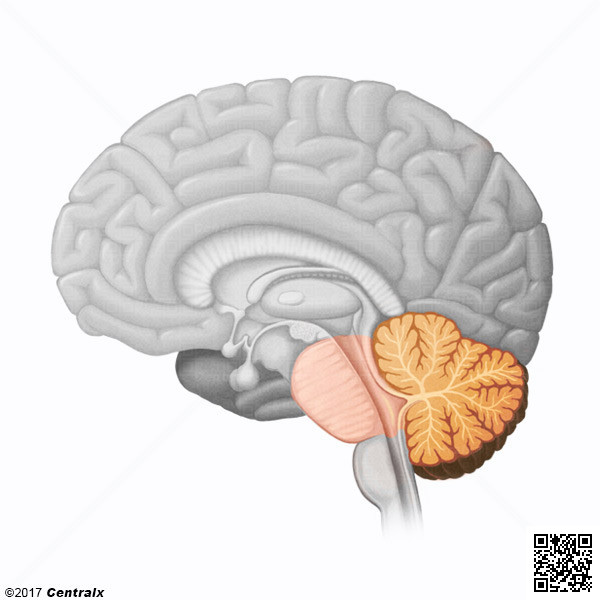 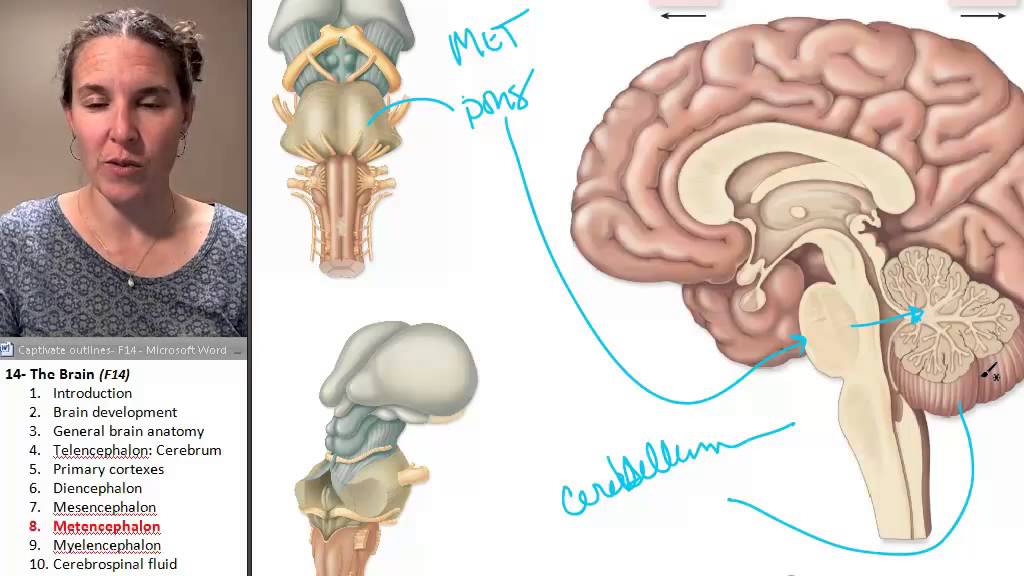 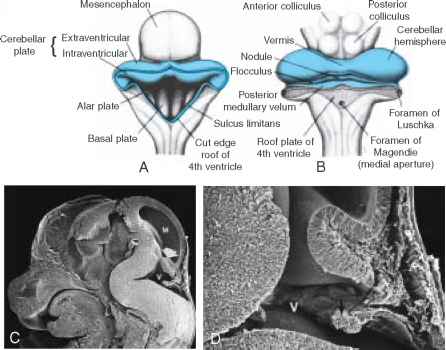 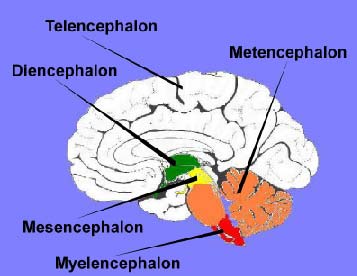 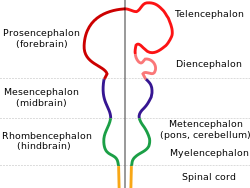 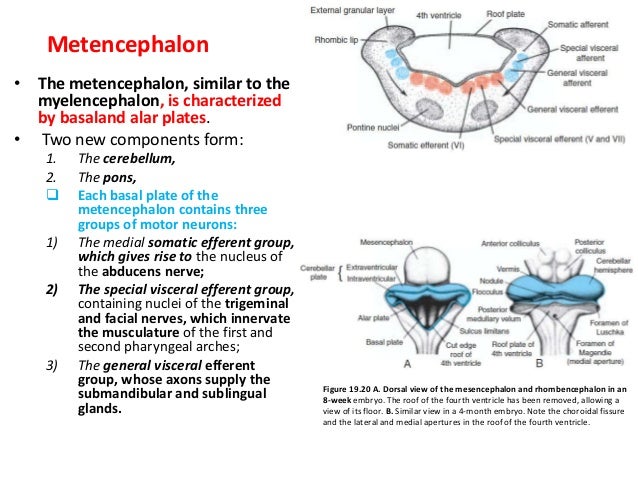 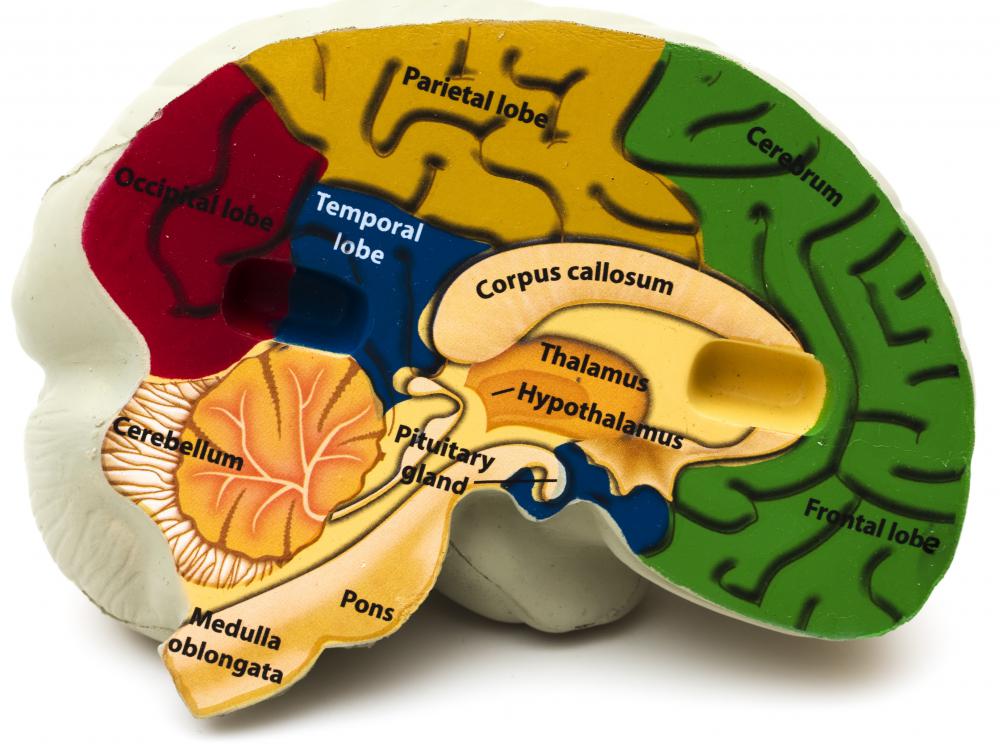 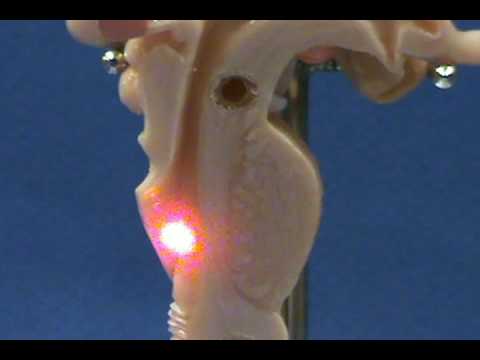 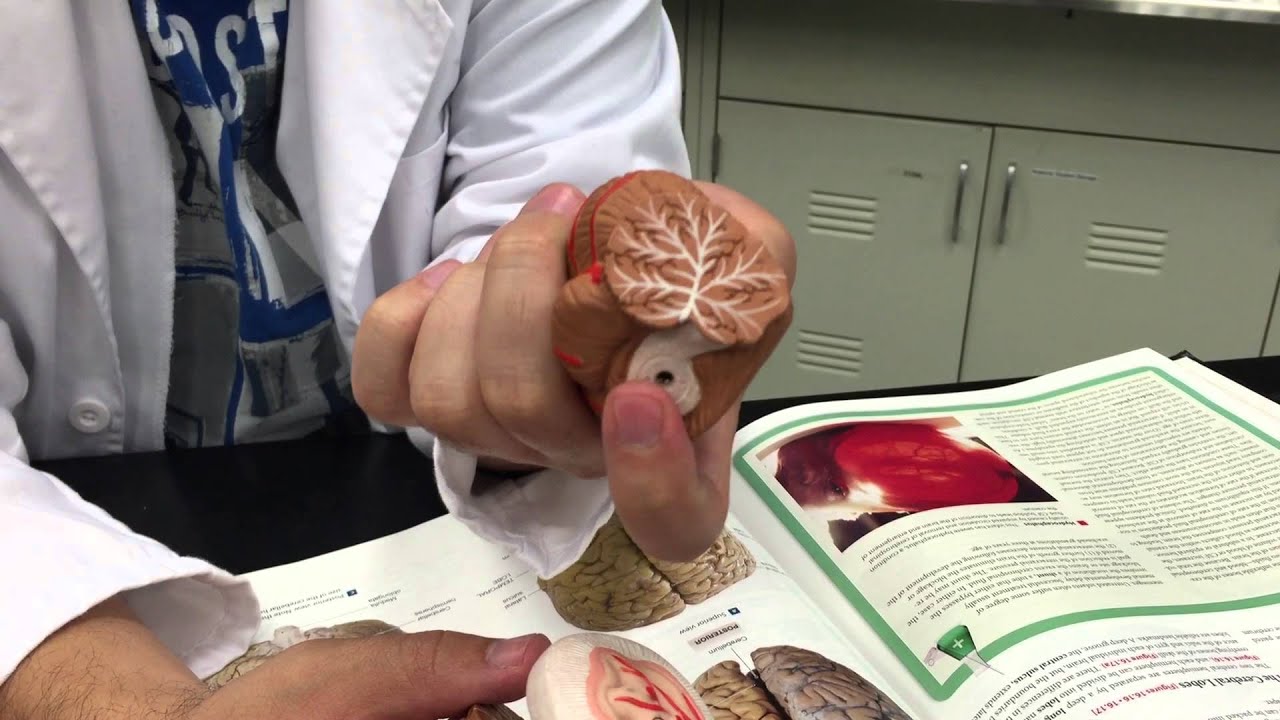 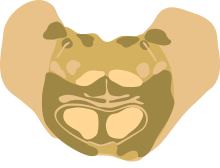 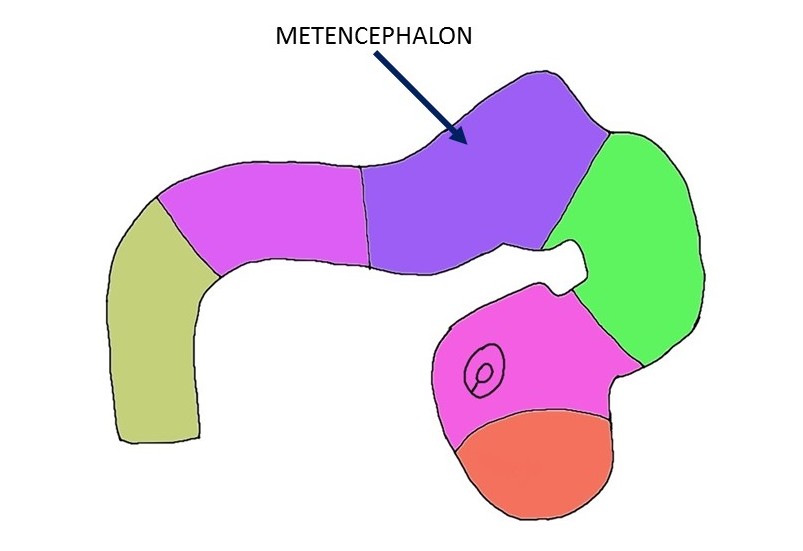