The alpine theme of the coaster was partly inspired by the park's proximity to Lake Placid New York where the 1980 and 1932 Winter Olympics, both of which included bobsled races, were held. The ride has six cars, all themed from different countries: the United Kingdom, United States, Italy, Jamaica, Canada and Switzerland. The ride regularly runs three sleds with the fourth being stored on the transfer track next to the load station. The four sleds are regularly rotated in and out over the course of the year, with the ride occasionally running all four at the same time. The two sleds not being used during a season are rehabbed and rotated out on a yearly basis. A large archway is the entrance to the long queue area leading up to the loading station. The arch itself is decorated with an old Olympic-style bobsled and the path up to the loading area is scattered with old broken sleds as well. The loading station is built to resemble a 19th-century alpine ski lodge. The outside of the bobsled's trough is purple and white, with the inside also being white. 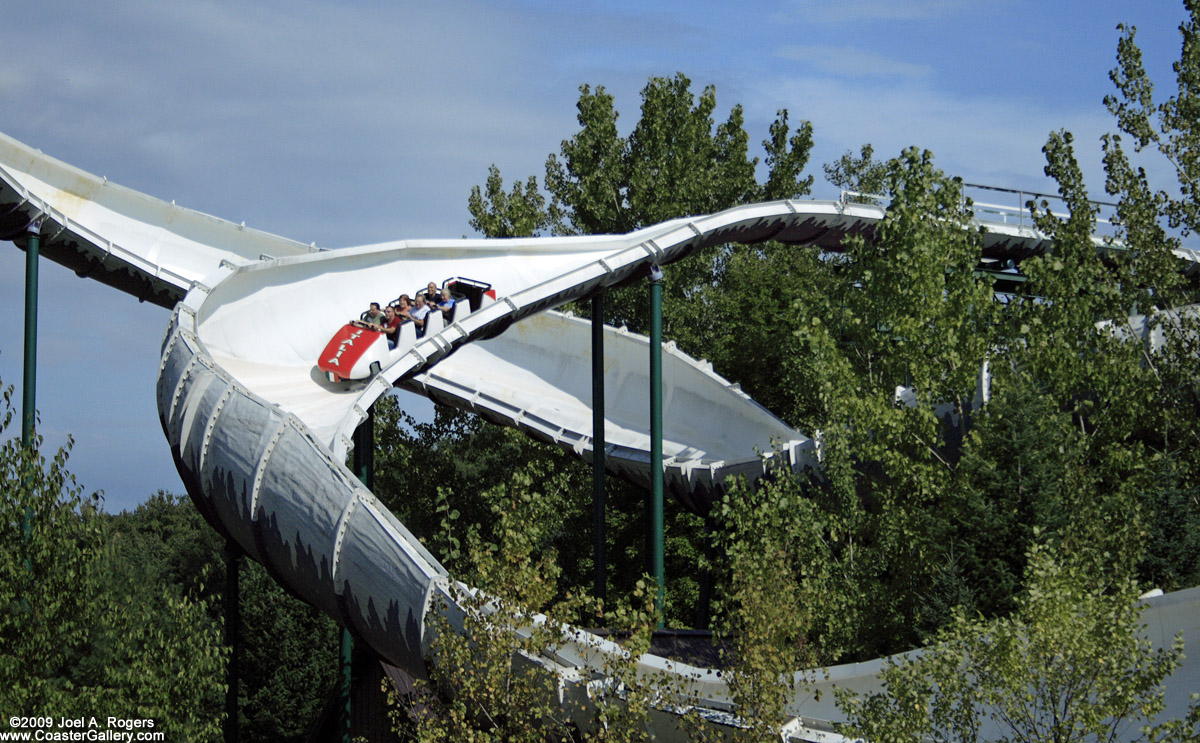 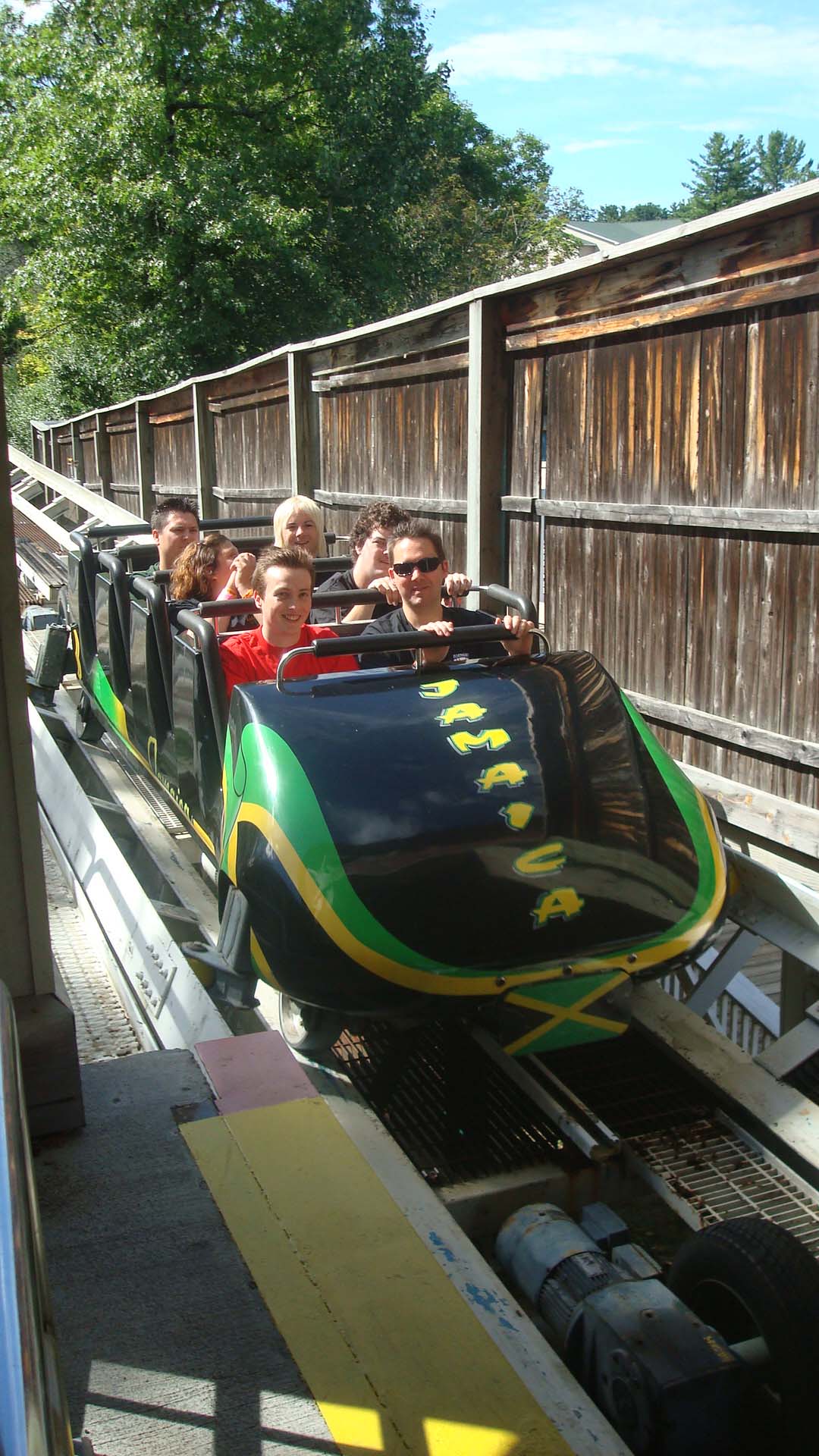 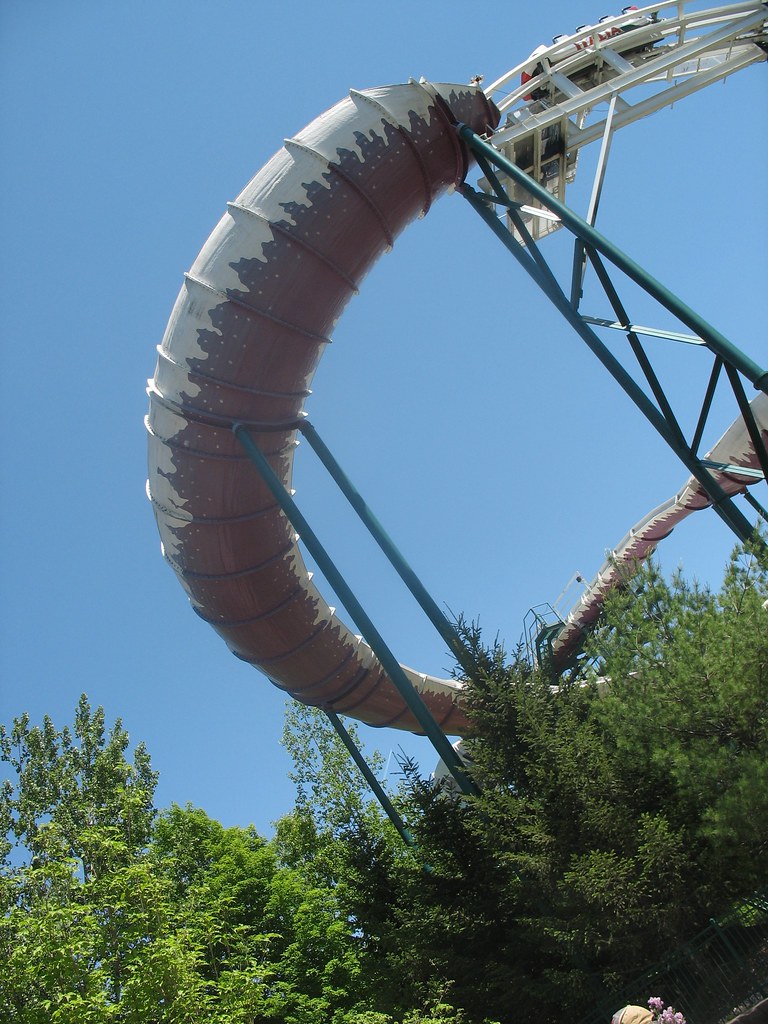 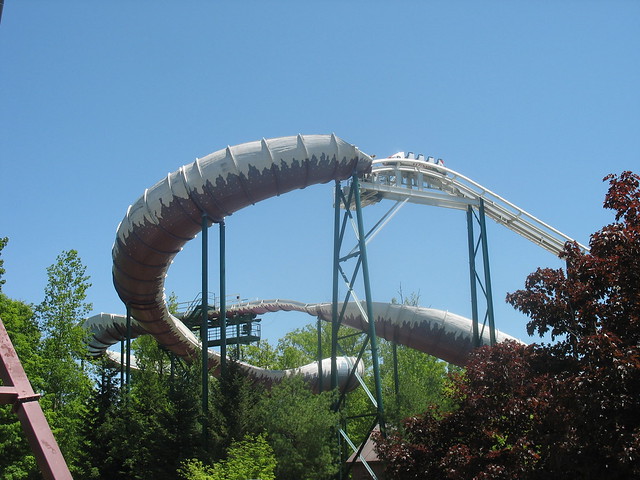 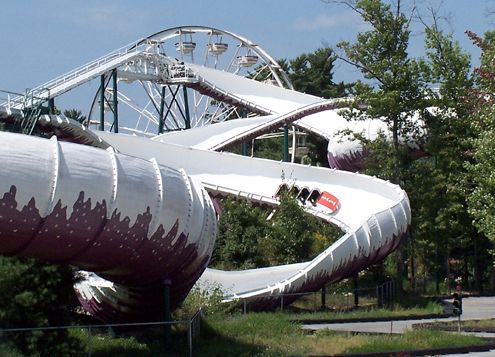 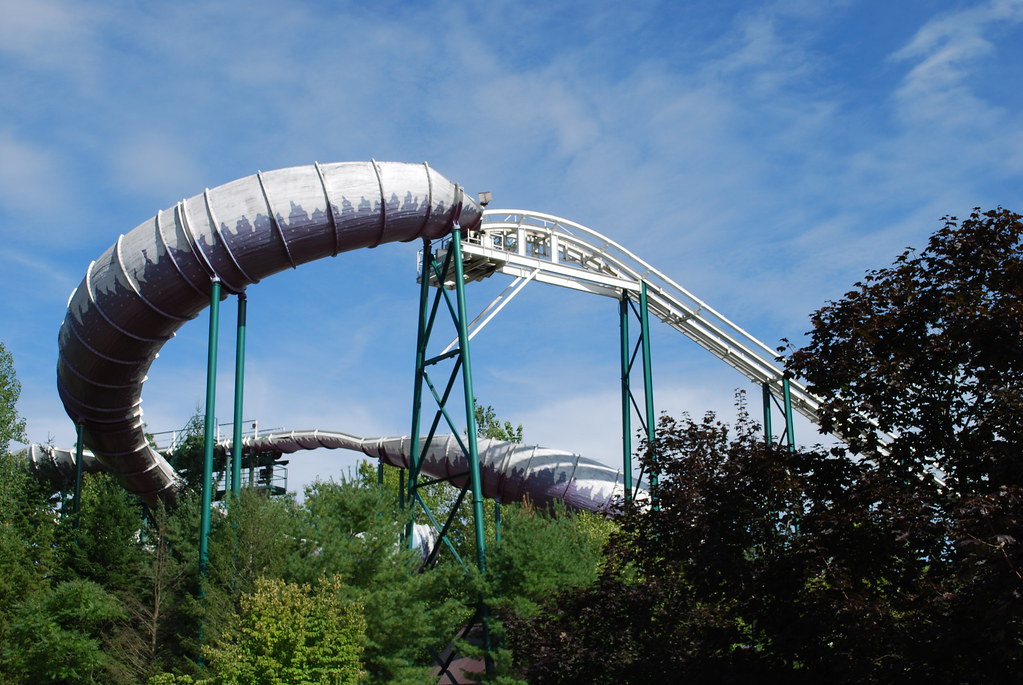 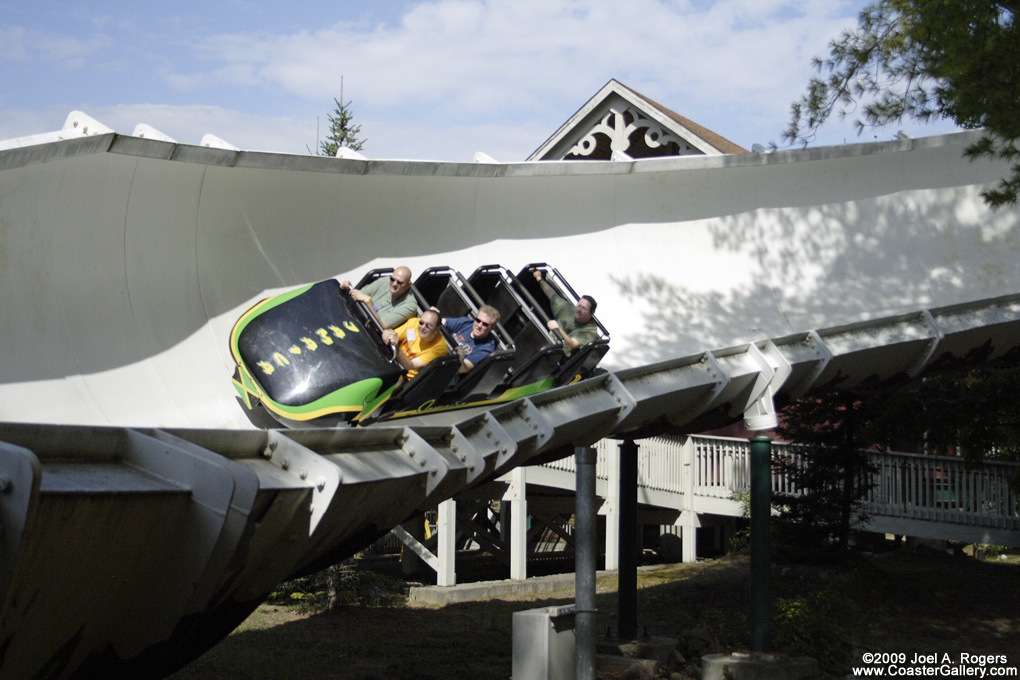 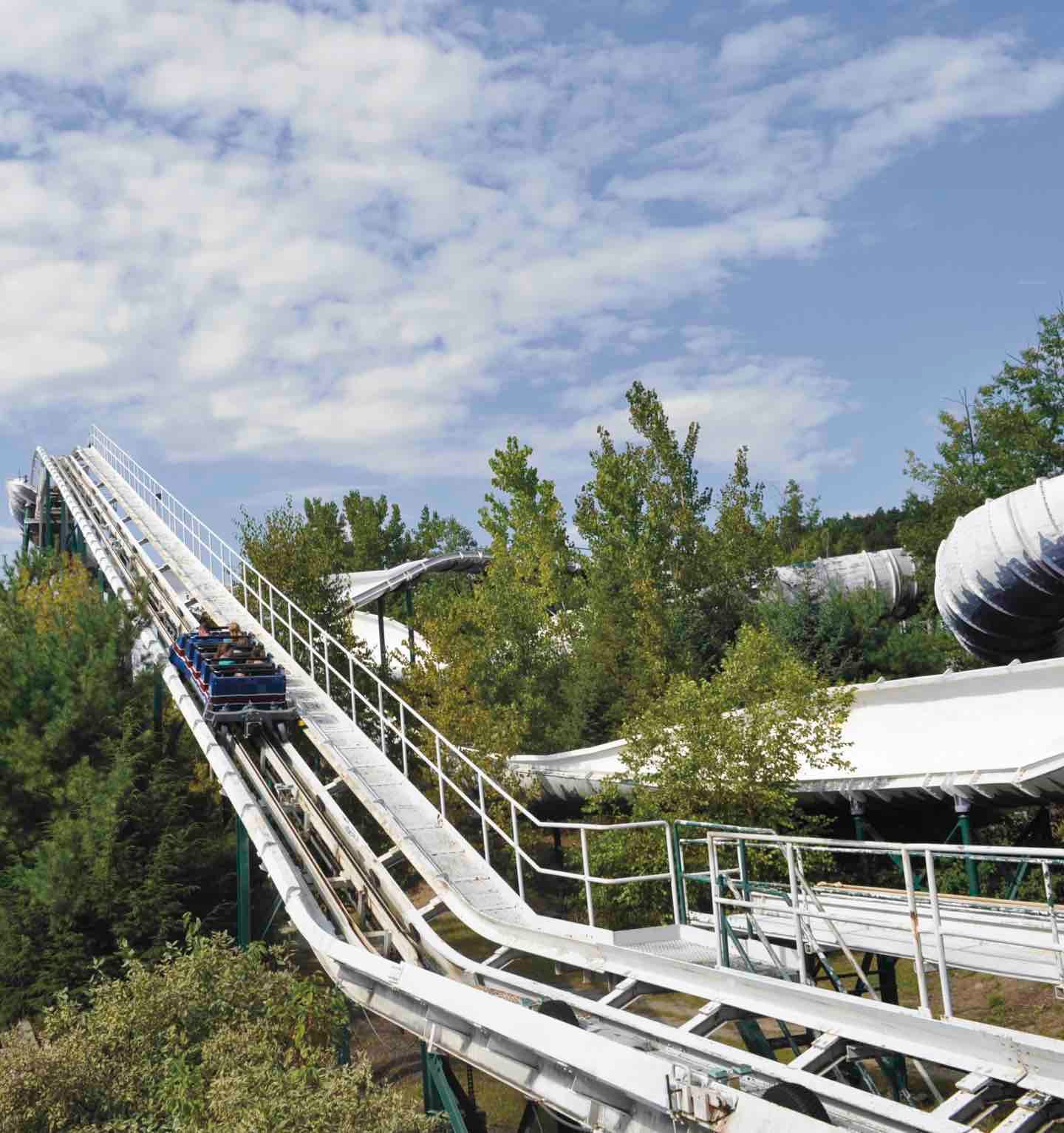 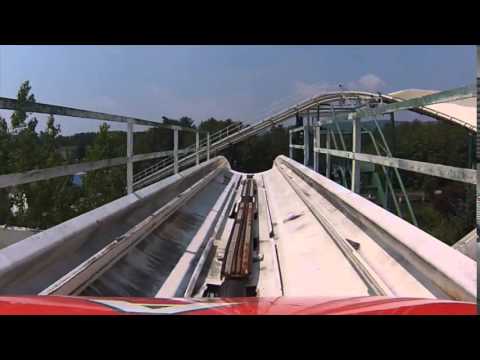 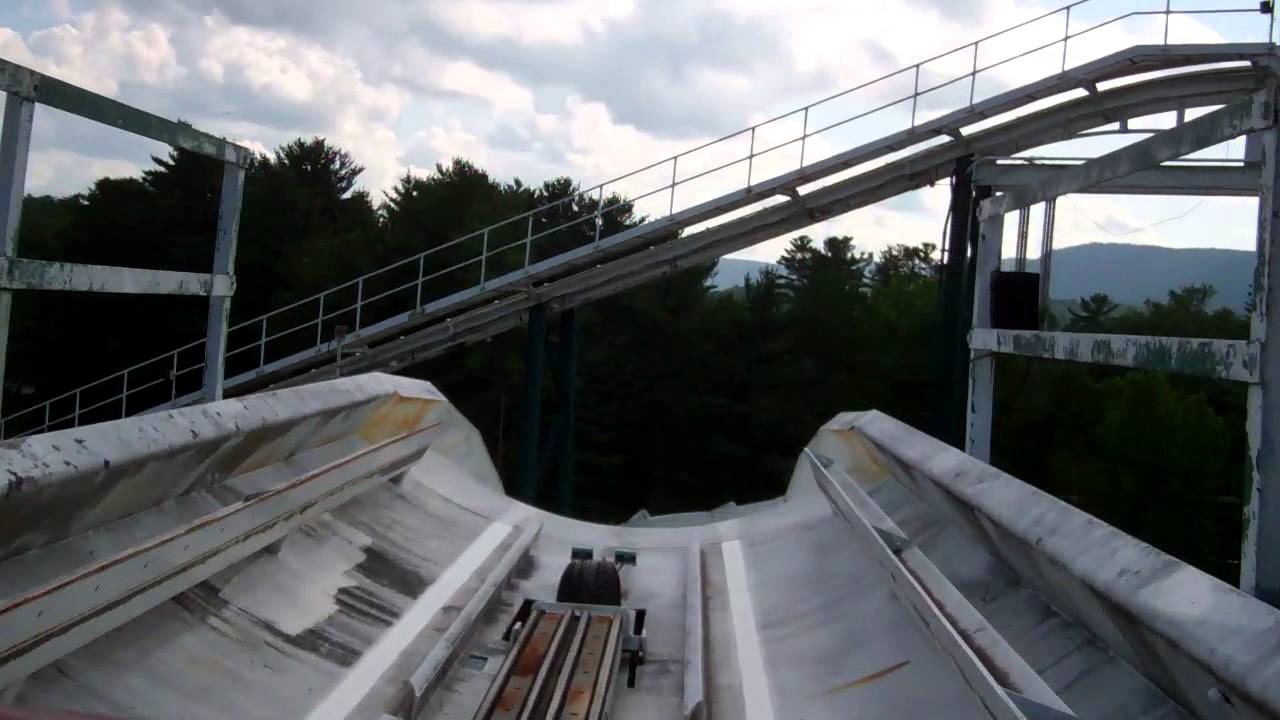 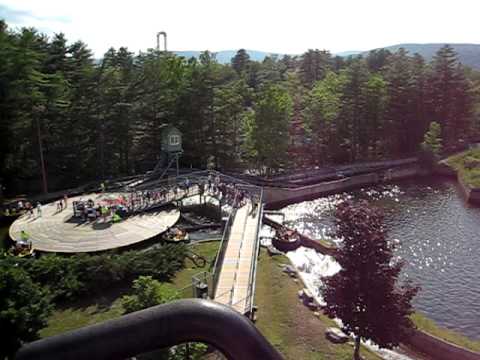 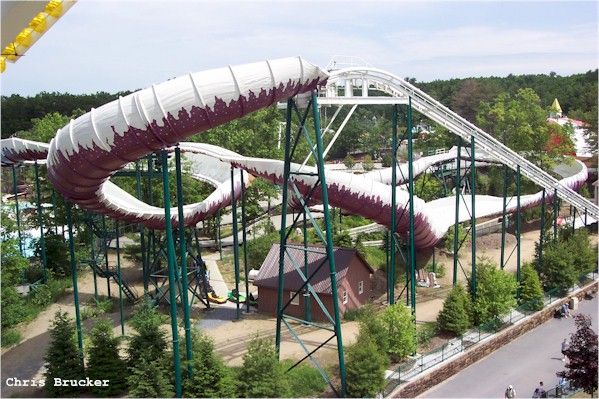 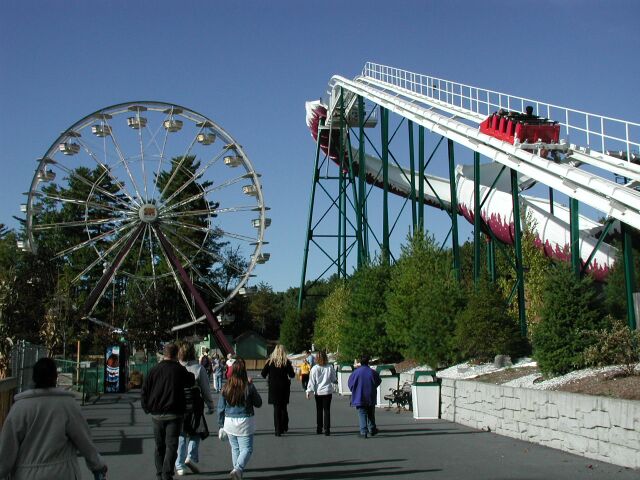 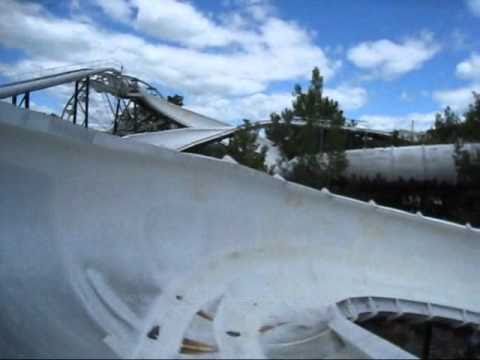